Home » Are you getting the most out of your training? 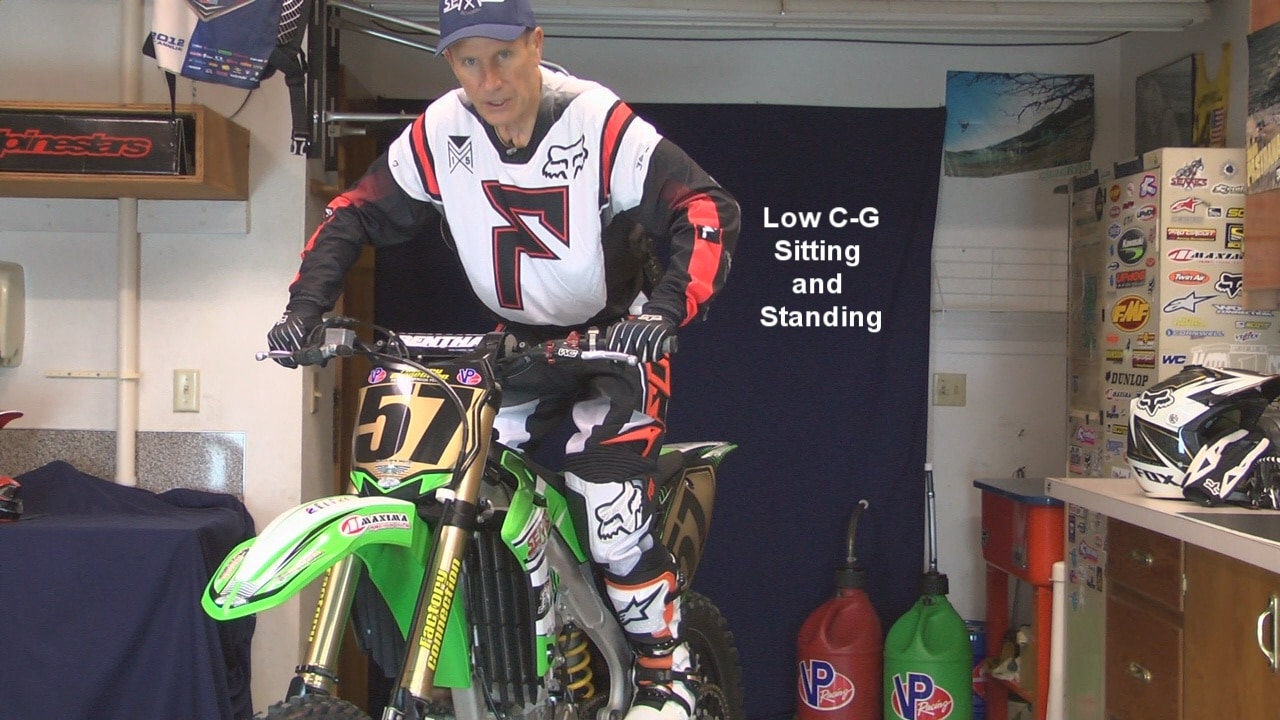 Are you not only getting the most out of your training for motocross but also, are you having fun doing it? Training off the motocross bike has always been a chore for me, but lately I’ve found a new method that I’ve really been enjoying. Here’s what’s been happening.

I have a 2012 and 2013 KX250F. If you have Kaws you need to know this. I had the 2012 up for sale but then I found out the clutch bearings on the main clutch shaft need replaced and this means splitting the cases. The clutch makes a howling noise at an idle. When the clutch is pulled it the noise stops. I figured I would have to either fix it or tell the buyer about the problem and knock off some $$$. A guy called me from MI and really wanted the bike until I told him about the clutch issue. But I’m still sleeping well at night.

I wasn’t in a big hurry to sell the bike as I had my 2013 to ride until a few weeks ago. This 2013 bike has 38 hours so I finally got around to doing a fresh top end. After I did all that I had an idea to once and for all find out why the rear wheel is hard to spin. It’s always kind of dragged when spinning it, like to oil the chain. I just thought this drag was created when I tighten the axel. To find the cause I spun the rear wheel with the axle loose, still dragged. Then I disconnected the chain and there we go, no drag. Just for good measure I tighten the axle and still no drag at all.

Next I called the best mechanic I know (George Baybor in Brooksville FL). Oh yea, I’ve seen Kaws do that before, said George. It’s the brass bushing on third gear. Then he told me what I didn’t want to hear. It will lock up, be careful. That’s the exact same thing he told me about the 2012 bike’s clutch noise.

I haven’t motoed for 3 weeks accept for two days a week ago in order to test a Motocross Instructor who was becoming a GSMXS Certified instructor. Julio Chiang Nicolini  passed and became my first Certified Instructor. Julio is from Lima Peru. I rode the 2012 and took the chance with the clutch bearing issue. It was fine but that noise made me not rev it too much. I really like that bike and just may keep it as a collector’s bike. After all I did win all 3 motos on it in the 50 Masters Class at Loretta’s 2012.

I’m the kind of person who has to physically exhaust myself at least every other day. I don’t moto every other day anymore. To get my moto fix I’m more like a one or two days a week guy. The other days I do some exercise like: running, cycling or high rep – low weight exercises. What saved me from wigging out about not motoing has been cycling. About three months before these m/c bike issues began I started getting into road cycling a lot more. I’ve always done some road and mountain cycling for training but never until last May with a good road bike, shoes, pedals and all the other trick Fox gear. By the way Fox’s line of Mtn bike gear works well for road cycling also and it’s awesome stuff. It helps that I live on a country road two miles from an awesome Rails to Trails bike trail. I’ve made a bunch of loops off the trail on country roads so I have a lot of different routes. Most of my rides are around 20 miles, 33 is the longest so far. I did 21.99 miles today in a time of 1:25 at an average speed of 15.5. I know that’s not great but for me at 60 it’s pretty hard. There’s a lot of hills and some of the roads are a little rough. Just like motoing I don’t enjoy riding slow or easy. I’ve been pushing hard on my bike loops. My average HR is usually 144 to 146 and that’s 87 to 89% of Max on the bike. By the old basic scale of subtracting your age from 220 my max would be 160. But on a ride last week while pushing hard on a long hill I reached 165.

Cycling has been filling the void of not motoing. If you have already been into cycling – you know what I mean, if not you should give it a try and see what you’ve been missing. Of course it’s very good for your conditioning so you’re endurance will improve in the motos as well. Don’t be stubborn like I was, get a good bike, pedals and shoes. It makes a huge difference. The next above tip will continue on this subject.

If you’d really like to improve your conditioning for motoing consider my “MX Conditioning 2 DVD or Stream”. This 90 minute motocross how-to training DVD is loaded with workouts, weekly sample routines and explains so many important things every motocrosser should know, and it even comes with a PDF Training, Diet and Nutrition Manual in order to make it easy to understand and remember all the moto training info it took me over 30 years to learn.
Get motivated and learn the most effective ways to train for motos. Learn the same methods I used to train McGrath.